There were lots of analysts and experts urging Apple to make its move in the future, to launch their "iPhone" - the combined iPod and cellphone. We were hoping to see the iPhone at least in the early months of when iPod finally was showing its weaknesses to the phones. But no, it wasn't until , only a week ago, when Apple finally introduced its iPhone. Imagine if Steve Job's prediction holds, and they manage to sell 10 million iPhones not an easy task.

Yes, even if Apple's iPhone is incredibly successful, it can't restore the iPod's dominance. Even with the iPod, now in , Apple is confined to remaining a niche player, selling in the low teens at best, single digits more likely. Earlier last year I had to resort to analysis, reasoning, and anecdotal evidence.

But like I said back then, there will be actual surveys on this topic during , as I knew the studies were already under way. We now have the facts. 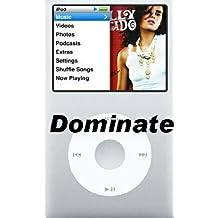 Now the matter is irrefutable. People do listen to music on phones. Note not "listened to" but "downloaded" music. Certainly not all iPod owners download music from iTunes!! This is an amazing number. The most recent survey by Continental Research from the UK in November, of the most attractive year age group shows the future. This battle is so totally over by now. The survey data is consistent, all report a majority of phone owners using their phones to listen to music. No survey has been released with any suggestion that people do not use these phones to listen to music The argument "nobody listens to music on a phone" is totally proven to be untrue.

And yes, compared to the total installed base of iPods ever sold about 88 million that is 4. Remember I am not now talking about people who "own" a musicphone. I mean that is the number of people who "listen" to music on their phone.

And if we remember many iPods especially Nanos go to existing owners, then the musicphone lead is even bigger at probably 6 to 1. Now you can see why Apple had to announce its iPhone. These kinds of facts, with this kind of market share carnage, without an existing iPhone announcement from last week, would have demolished the value of Apple shares today. We also heard a lot of American readers write in and complain, that they did not see anyone doing this, how was this possible. Where was this happening. Those comments should now subside as several American carriers mobile operators have released their music services and several of the handset makers have now brought to American shores the same musicphones we've seen in Asia and Europe for some time already such as the SonyEricsson Walkman that is so popular among musicphones.

But on the point itself. As we've reported already here at this blogsite the world's leading music markets for mobile are South Korea, Japan and Sweden - the three markets where this innovation first took off. Japan is less than half the size of America by population and GDP. In Japan alone, MP3 files sold to musicphones amount to over half of what iTunes sells globally including in Japan.

First there is lazyness and convenience. Yes in a perfect world we'd all want the cool and functionally excellent iPod. But we don't carry our iPod everywhere - we do carry the phone everywhere as we've reported here, the attraction to cellphones has now been proven not only to be addictive Catholic University of Leuwen but as addictive as cigarette smoking Queensland University of Australia. Yes its that addictive, we do take our phones to the bathroom as I was quoted in Communications Week back in Then there is youth-preference. No matter how much young people love their iPods, they love their cellphones more.

Combine a good MP3 player - don't think Rokr, think SonyEricsson's Walkman phone - and enough storage ability - and yes, young people switch off the iPod and onto musicphones. Which brings me to the removable storage.


Any smartphone today has removable storage. Today 4 GB of removable is already available, many times the storage of low-end Nanos. And now you can switch series of music collections - both among your own tastes if you have a large collection - or among your friends, simply by snapping in a different memory module. Most musicphones allow hot-swapping this without removing the battery, meaning changing gigabyte musicfiles is as easy as changing CDs on a CD player.

The phone is superior at its storage options. The phone is Better. Then there is the sheer range of music experiences you can have on your phone. What do I mean. Lets start with the iPod and see what all kinds of music experiences can we have on it. We can transfer songs to our iPod. We can buy songs cumbersomely via a PC and credit card from the iTunes store, and store on the phone. We can listen to to songs. And podcasts.

The Little Red Book of Selling: 12.5 Principles of Sales Greatness

And we can view music videos and other video content. We can transfer songs to our musicphone - but typically there are several more connectivity options from USB cable; to wireless like infrared, Bluetooth and WiFi; to removable storage memory card, to allow us to do this. We can buy songs like for an iPod, but much more conveniently - not all iPod owners have a Mac or PC, think kids for example - on a phone we can buy songs as direct OTA Over The Air downloads to the phone.

It is more convenient, not requiring the transfer from a PC.

But better yet, we can also buy whole albums via memory card like Robbie Williams pioneered. And even better - most kids don't have credit cards - we can make the payment direct on the phone. Best of all, we can also receive music for free in various advertisement supported services that are now launching. Transfering music to a phone is much more versatile than an iPod. We can listen to podcasts on phones obviously, and we can view music videos on our phones vs Video iPod , except that most smartphones have superior colour screens to basic iPods except for the video iPods so in many cases music videos play better on a phone than most older iPods or basic models like the Nano.

But this is where the musicphone totally trumps the iPod. While there is nothing the iPod can do that we can't do on a phone; there are dozens of things we can do with music on a phone that can't be done on an iPod. Starting with ringing tones. You think it is silly? Yet Ringing Tones worldwide account for more than five times the revenues than all of iTunes worldwide - yes ringing tones deliver over 7 billion dollars of revenues globally.

No matter how silly it is, people are doing it. They are expressing their individuality through their music, playing it to random people near them, in a bus, at the office, in Starbucks, at school, etc to show off what is their music taste. In fact, during , one ringing tone, the Crazy Frog, earned more worldwide than all iTunes sales of put together.

That is how big ringing tones is as music. Don't dismiss this just because you are a snob and own a huge CD collection. Remember your parents when you were a teenager who complained about your tastes in music as not being "real music".

They didn't understand heavy metal or rap or techno or punk or whatever. This has always been so, that younger generations embrace newer types of music, consumed often on "inferior" listening devices. And you can't do ringing tones on an iPod. The phone allows us to consume " ringback tones " - waiting tones - which is a bit like music on hold.

When you call me, I can play my fave music to you before I answer the phone. Can't do that on an iPod. Ringback tones - younger than the iPod and like many of these inventions, comes from South Korea - are worth two billion dollars worldwide, million in China alone. Yes, again much bigger than all of iTunes worldwide. Then we have welcoming tones.

You visit my room in my virtual property - imagine visiting my island on Second Life or my room in Habbo Hotel. If you visit my room in Cyworld, the system can play a welcoming song for you in my case, a theme from one of the James Bond movies, depending on my mood. Can't do welcoming tunes on an iPod. Latest innovation from India? Background music.